Theology for Changing Times: John Atherton and the Future of Public Theology 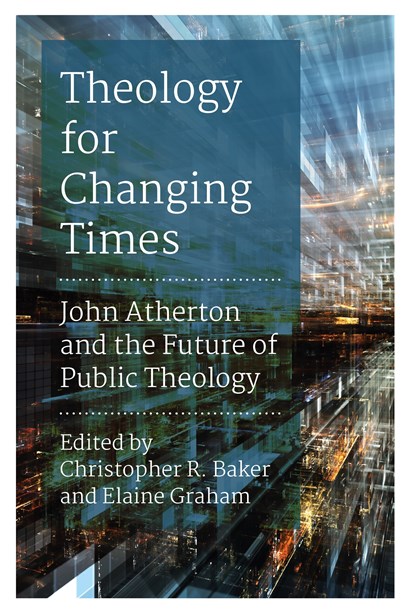 This collection of essays edited by Christopher Barker and Elaine Graham reflect on the work and ongoing legacy of John Atherton, a renowned priest, theologian, and scholar of Anglican social ethics who died in 2016. He was also, until his death, a long serving editor of this journal.

A dedicated Lancastrian and Canon Theologian at Manchester Cathedral for twenty years, he was a scholarly heir in the tradition of Archbishop William Temple and profoundly shaped by the tradition which arose from William Temple’s association with two architects of the welfare state, Richard Tawney and William Beveridge. Among the first of the world’s industrialised cities, Manchester and Salford have a legacy of their own (whether it is the ‘Manchester School’ or a Manchester story, as argued by Peter Sedgwick in this book) and Atherton rooted his identity as an individual and as a theologian in its particular context. As the home for the William Temple Foundation, of which Atherton was the Secretary and from which seven of this volume’s 13 contributors are officially connected, the Manchester/ Salford context continues to be a leader in the UK in relation to the intersections between faith, theology, economics, and ethics. Salford was one of the first cities to hold a Poverty Truth Commission in the UK and Manchester is about to start its own, and has a continued strength in faith-based approaches to inequality, marginalisation, fairer economics and social enterprise. Similarly, Atherton’s life and work reflects particularities of his context that remained influential throughout his career and in the legacy he leaves behind. 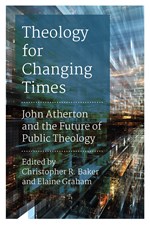 Theology for Changing Times focuses on the work and legacy of John R. Atherton (1939-2016) through ten original contributions from a range of scholars in social ethics, political and public theology, urban ministry and economics.