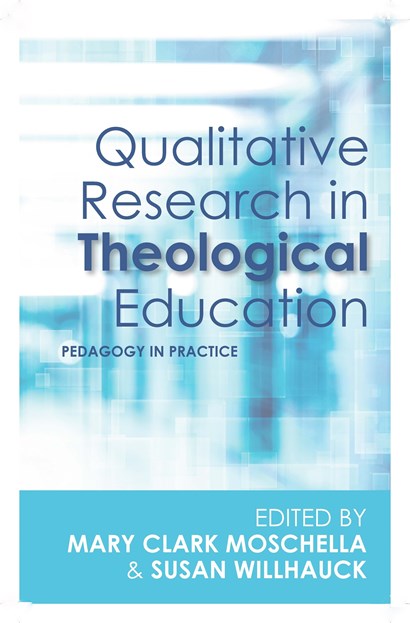 Empirical methods are increasingly popular in theological scholarship and teaching, yet there are only a small handful of academic texts which discuss the relationship between them. This ambitious volume, edited by Mary Clark Moschella and Susan Willhauck, thus addresses a significant gap in discourse. Qualitative Research in Theological Education: Pedagogy in Practice seeks to emphasise the critical place of qualitative research teaching in the theological disciplines. From the outset, empirical methods are presented as vitally important for both the ‘moral and pastoral formation of scholars and religious leaders.’(2)

On the whole, the text provides a comprehensive overview of current conversations. It includes a diverse range of scholars, working across different geographical contexts, religious perspectives, and levels of teaching. Both editors recognise the precarious nature of qualitative projects, often designed to critique problematic but deeply embedded theologies and church structures. Qualitative research is intended not simply to communicate how situations appear, but to elicit response and provoke transformation. There are numerous hazards associated with such an enterprise. It is reassuring that the editors and authors in this volume both recognise and engage with the challenges of such research.

The book is divided into four sections; the first of which contains two ‘exemplary research essays’ which speak to the aforementioned challenges of empirical work. Todd Whitmore’s work on northern Uganda and Siroji Sorajjakool and Apipa Prachyapruit’s writings on Thai periphery. Throughout the volume, it is clear that marginalised voices are included consciously and deliberately as a central concern of the editors. This serves as a sharp reminder to the reader that issues race, sexuality, gender, and class present themselves often for theological educators and students, regardless of location or association.

The second (and largest) section of the text addresses issues of pedagogy. Ethical considerations are outlined across several chapters, ranging from the individual constrains of ethics boards to issues of ambiguity and accessibility. Helpfully, this is followed by a subsection on reflexivity. In brief terms, reflexivity lies with the researcher, who must identify their own privilege, bias and impact on the research, as well as the impact of the research and data-gathering on them. Natalie Wigg-Stevenson’s ethnographic work, for example, culminates in a powerful assertion regarding her complicity in colonial practices. A subsection on embodied research and teaching continues this theme. Anthony Reddie describes his participative approach to pedagogy South Africa, designed to simultaneously critique systems of racism while equipping students in the theory and practice of Black theology. Further space is given to discussions on normativity and how this may help or hinder research, as well as pastoral formation. The latter touches on the pastoral value of qualitative research, which encourages careful listening and attends to voices at the peasants capture a flavour of the volume as a whole. Both chapters consider the importance of relationship with participants, as well as cultural critique.

The volume’s third section is shorter, but no less rich. Two contributions from deans of theological schools discuss ways in which qualitative research might be integrated into the curriculum. David Mellot (Lancaster Theological Seminary) argues that qualitative methods, while challenging for students, are vital for enriching their theological reflections. Jody Clarke contributes some reflections on his work at Atlantic School of Theology (AST), where qualitative research has become an integral part of the MDiv curriculum. The book’s final chapter is a reflection by Willhauck on her work at AST. She suggests that better clarity about the value of qualitative research is required, so that its strengths can be communicated more widely.

It would be tempting for two editors with qualitative research backgrounds to write a straightforward treatise on the benefits of empirical work. However, Moschella and Willhauck’s volume engages in deeper consideration of qualitative practice, probing the dangers and challenges of it, and fearlessly confronting the potential of the researcher to abuse power. The writers make clear attempts not only to confront and address these blind spots, but to consider how they might be challenged through pedagogy. This results in a volume which is self-consciously intersectional. The book’s only weak point is its slight reliance on teaching case studies from AST, but this is perhaps to be expected, given its origins in a symposium held there.

Overall, this a vitally important read for anyone working at the boundaries between qualitative research and theology. No matter how long one has been engaged in empirical work, there are plenty of resources here to challenge and improve practice. For students, there are numerous exemplary chapters and case studies to draw from. This is a strong volume, which, through its practical guidance and philosophical considerations, ultimately convinces the reader of the transformative possibilities of qualitative research. 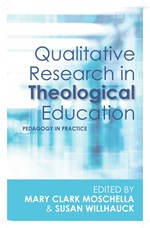 Qualitative Research in Theological Education brings together a diverse group of scholars to consider the theological values arising from and contributing to their use of qualitative research in scholarship and teaching.

VIEW A SAMPLE COPY
Subscribe
@ cruciblejournal
Tue 19 Jan @ 13:07
"Tomlinson lays bare the culture of church life and takes a critical and reflective view of ministry and the role o… https://t.co/iiiTzFXjZ0
Follow us